10 Self-Care Tips: The Connection Between Depression and Addiction

Learn about the relationship between depression and addiction and how to seek proper care and treatment.

Go to the 10 self-care tips

Learn about the relationship between depression and addiction and how to seek proper care and treatment.

Clinical depression is a mood disorder that causes sadness and a loss of interest in activities that were once enjoyable. Symptoms of depression are persistent, ranging from mild to severe, and can significantly affect the ability to function and perform daily tasks.

This condition is different from normal mood swings or mood fluctuations, as it significantly impacts the person’s everyday life. Depression can be caused by major life-changing events, such as losing a loved one or being fired. However, it is essential to note that feelings of grief and sadness are considered symptoms of depression if they are persistent.

Does Depression Make You Prone to Addiction

Depression and substance abuse tend to go hand in hand, with individuals seeking to relieve depressive feelings with drugs or alcohol. As a result, depression increases the likelihood of developing an addiction due to the common tendency to self-medicate depressive symptoms with substances, leading to dependency and addiction. 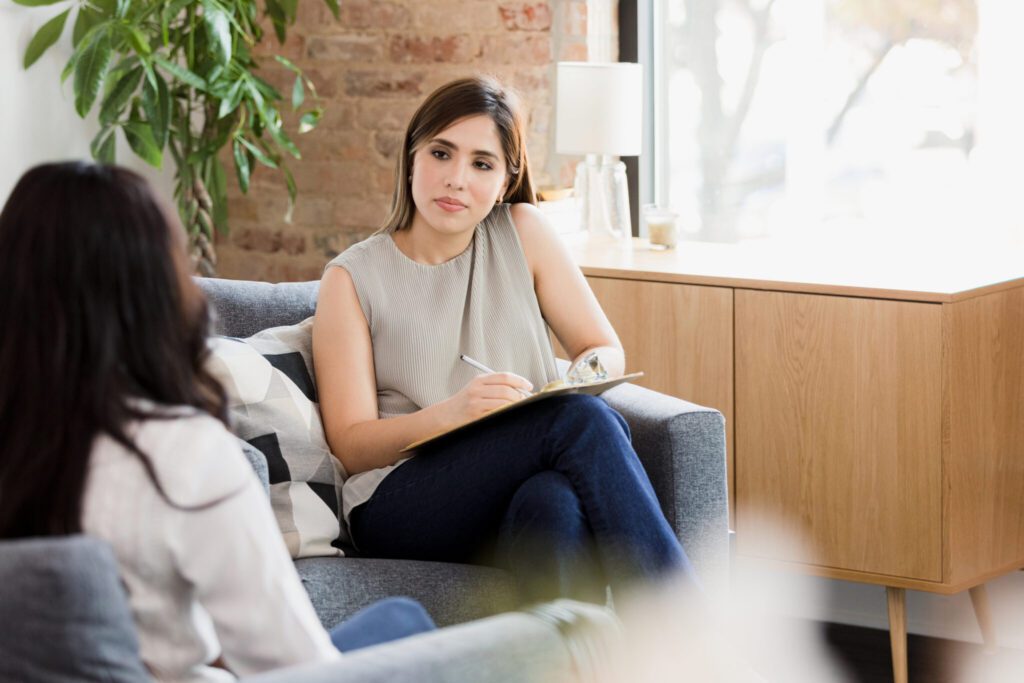 The Most Common Types of Depression

The seven prevalent types of depression will be detailed below.

This is chronic depression; feelings of sadness and loss characterize this disorder.

Persistent depressive disorder (PDD), also known as dysthymia, is not as severe as MDD, as the symptoms are usually milder. Nonetheless, PDD causes long-term symptoms of depression that last for at least two years.

Bipolar disorder is a mood disorder characterized by periods of extreme mood swings of emotional highs (mania) and lows (depression). This type of depression comes with physical and emotional symptoms such as feelings of fatigue and pain.

Postpartum depression arises from hormonal imbalances from pregnancy; it can occur during pregnancy or after the birth of a child. It is often called “baby blues” and could last about two weeks or even longer.

This type of depression comes before the female monthly menstrual period. PMDD presents as feelings of sadness, irritability, hopelessness, anxiety, and fatigue.

Seasonal affective disorder (SAD) typically occurs during winter, causing sleeplessness, sadness, low energy, and difficulty concentrating. It is the most difficult to pinpoint, making it easier to go unnoticed for an extended period.

Signs and Symptoms of Depression and Addiction

There are many symptoms caused by depression and substance abuse. These will be discussed further below.

How Does Depression Make You Prone to Addiction?

It is only natural for people to seek a way to numb the unpleasant feelings characteristic of depression. This often leads to a downward spiral, where in trying to avoid the feelings of depression, a person begins to use and depend on substances, subsequently leading to addiction.

Co-occurring depression and addiction can also develop due to biochemical changes in the brain and the influence addiction has on day-to-day life, such as financial and relationship issues.

Some risk factors for depression include:

Some common addiction risk factors include:

Alcohol addiction and depression are common. Alcohol is used to suppress feelings of sadness and anxiety due to its effects on the brain. Thus, individuals who suffer from depression tend to depend on excessive use of alcohol to gain a temporary feeling of euphoria.

Alcohol has a relatively high addictive potential, and its effects are only temporary in masking depression-related symptoms. Alcohol can worsen depressive symptoms as time passes, leading to addiction and increased severity of the addiction.

Research has found that people with alcohol addiction are 2.3 times more likely to have major depressive disorder than those without alcohol addiction. Additionally, 33% of patients in treatment for alcohol use disorder also met the criteria for MDD.2

Many have indicated marijuana use to ease the symptoms of depression; however, this benefit is usually short-term. Consistent use of marijuana to numb depressive feelings can cause high levels of dependency, which may grow into a full-on addiction.

Reduced dopamine levels in the brain can cause depression. Stimulants can drastically increase dopamine production when consumed, leading to a significant drop in dopamine when the stimulant wears off. The brain becomes dependent on the stimulant’s ability to produce dopamine, causing both an addiction to the substance and depressive symptoms.

Certain studies show that exposure to heightened dopamine levels can cause depression. This is due to different mechanisms in the brain, most notably dopamine receptor down regulation.4

How to Help Someone With Substance Addiction

Empathy involves understanding and sharing another person’s feelings. People who struggle with addiction and depression go through many physical and emotional hardships. Try to see things from their perspective and offer them as much support, love, and care as possible.

Try to be supportive and apprehensive of negative behavior without appearing judgmental. This is especially important when dealing with depressed individuals to prevent them from feeling even worse about their situation. Providing a judge-free environment can help the person realize they have loved ones who want to support and help them.

Be Honest About the Problem

Make the situation clear so they can see the challenges and work through overcoming them. Be apprehensive of negative behavior and call out telltale signs that indicate relapses.

Please read up on their condition and how it affects them. Seek expert care and offer to initiate interactions with professionals who can help. Offer viable solutions and take things one at a time while ensuring they get the care they require.

Self-Care Tips for Those With Depression or Addiction

If you or a loved one struggles with depression, a substance abuse disorder, or both, it’s essential to maintain physical, mental, social, and emotional well-being. Self-care can help manage overall stress levels while also increasing energy, both of which are beneficial for those in recovery or dealing with mental health struggles.

Here are ten self-care tips you can utilize to increase well-being:

How to Start Self-Care

Self-care looks different for everyone, so it’s important to find what works for you. The tips above will help with overall health and wellness, but specific self-care tips might vary from person to person. Make sure to utilize what is most beneficial for you and your overall mental health.

Starting any self-care activity or routine can be overwhelming at first, so we recommend starting small, like taking a long, relaxing bath or walking around the block. As the self-care routines begin to settle in, consider incorporating more and employing other tactics that aid healing and recovery.

Anxiety can cause mental symptoms, such as panic, intense worry, and fearfulness, as well as physical issues, such as heart palpitations, headaches, insomnia, and shaking. Therefore, it is important for patients with anxiety to utilize self-care tips to manage their symptoms and stay as mentally healthy as possible.

Some self-care ideas that those with anxiety disorders can use include:

For those who have undergone trauma, such as physical assault, an abusive home life during childhood, or witnessing a traumatic event, utilizing self-care tips can help mitigate certain risks and symptoms that might still crop up years after the trauma occurred.

How Does Self-Care Help Those With Trauma?

Everyone deals with the physical, emotional, and mental symptoms of trauma differently and on their own timeline, meaning that not every self-care tip will work the same for everyone. The initial response of disruption after the traumatic event may take days, weeks, or months to deal with. Utilizing self-care to help manage trauma symptoms can be highly beneficial. One of the best tips is to be patient; remember that healing is not a race.

Trauma can also change how a person’s brain functions, altering their overall sense of safety. This usually means that those who have experienced a traumatic event, especially at a young age, may not know how to adequately employ self-care tactics to help themselves feel safe or truly relaxed.

Some self-care ideas for those who have undergone trauma include:

Drug abuse or addiction can create a myriad of problems in people’s lives, ranging from how they manage their relationships to their physical and mental health. While drug abuse can take over many areas of life, it’s important to practice self-care as much as possible. Utilizing self-care can help patients with a substance use disorder reduce their cravings, practice healthy coping skills, and minimize the likelihood that one could relapse if they have already started detox and recovery.

Some beneficial self-care strategies for those struggling with drug abuse include:

Dealing With Negative Emotions: Learning how to cope with negative emotions in a healthy way is imperative for those in recovery, as it helps you refrain from using substances. This can include attending therapy regularly, discussing your feelings with a loved one, journaling, or exercising.

Treatment for Depression and Addiction

The three primary methods used in depression and addiction treatment include:

Antidepressants are administered with the help of a clinician to help patients manage depression. Several antidepressants include tricyclic antidepressants, selective serotonin reuptake inhibitors (SSRIs), and monoamine oxidase inhibitors. These drugs help modulate and restore imbalances of neurotransmitters in the brain, which lead to depression.

Therapy involves the treatment of an individual without the use of medication or invasive procedures. Therapy can be beneficial for mental and physical illnesses and is an excellent treatment method for addiction and depression.

They involve gradually going through the root cause of the problem with an expert while developing healthy recovery mechanisms. Some of the most common therapies include:5

Patients can participate in group therapy sessions with others recovering from similar conditions. Support groups entail sharing experiences, building relationships, and encouraging one another on the road to recovery. 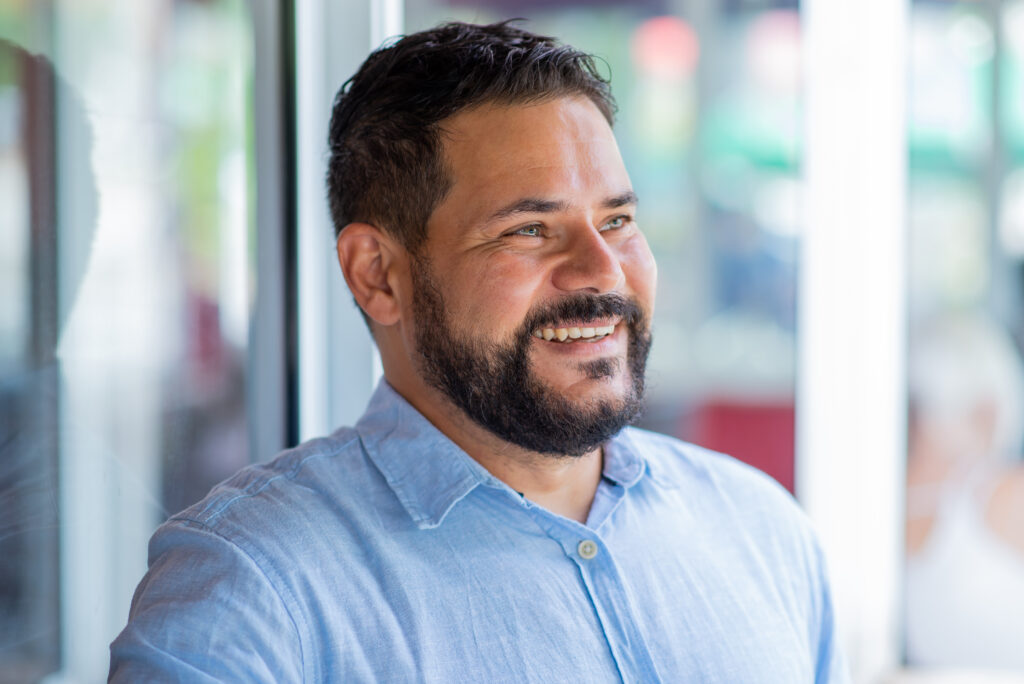 Find Treatment for Alcohol Use Disorder at San Diego Detox

At San Diego Detox, we specialize in helping patients struggling with addiction maintain their sobriety and regain their lives. San Diego Detox is fully licensed and highly regarded for our successful addiction and depression treatment programs. We provide various evidence-based treatments for co-occurring disorders and individual disorders, such as clinical depression.

Our experts are trained to treat comorbidities involving integrated treatments for co-occurring disorders such as depression and substance abuse. Managing multiple conditions can be tricky, but this is our area of expertise at San Diego Detox. Depending on patient needs, clinicians may accomplish this through pharmacotherapy, psychotherapy, or both.

Inpatient rehab for depression and addiction offers twenty-four-seven care for individuals with difficulty recovering independently. The initial stages of recovery can be challenging, especially during dual diagnosis treatment, so expert care is needed to avoid relapses and negative emotions associated with addiction and depression.

With outpatient rehab, individuals receive expert care for depression and co-occurring addiction disorders at San Diego Detox without the need to stay at our facility. In an outpatient program, people can continue work, attend school, and spend time with family while receiving treatment for alcohol and depression.

For more information on how to seek help for depression and addiction recovery for yourself or a loved one, please reach out to us at San Diego Detox.