What is MAT Treatment for Addiction? Everything You Should Know

What Is Medication-Assisted Treatment?

There are several common addiction treatment and management options employed to help with recovery for patients. One of these treatment options that have proven effective for addiction therapy is medication-assisted treatment (MAT).

MAT is a treatment method that employs medications alongside psychological therapy, such as behavioral and counseling therapies, to deliver an approach considered “whole-patient" for substance use disorders. MAT is mainly used for the treatment of addiction to substances known to contain opiates; examples of such opioids are heroin and prescribed pain relief.

MAT helps block the euphoric effects of opioids and alcohol intake, thereby relieving physiological cravings and ensuring the body returns to its normal function without any effect of the used substance. It can help patients sustain recovery and prevent overdose. It also helps to reduce relapse events by treating issues that can cause self-medicating.

MAT treatment plans are clinically designed to effectively meet each patient's need; that is, MAT provides patients with a special design program of medication to suit their personal needs combined with psychological therapy. All the medication that is used for treatment in MAT are all approved by the Food and Drug Administration (FDA).1

Several statistics support MAT in managing addiction and substance abuse disorders. For example, studies have shown that MAT has not only been an effective addiction treatment choice, but it has also been used to curtail the spread of infectious diseases such as Hepatitis A, B, and C, HIV, and related diseases.

MAT is also an effective treatment for preventing overdose occurrence as well as reducing the risk of relapse. In addition, a study carried out in Vermont showed that close to 1.5% of people currently residing in the state are on medication-assisted treatment, meaning it has helped many people overcome differing issues.2

MAT is an addiction treatment option that aims for a patient’s full recovery. They have been clinically proven in multiple settings to be effective in treating addictions to opioid cases.
Overall, medication assisted treatment is effective for the following reasons: 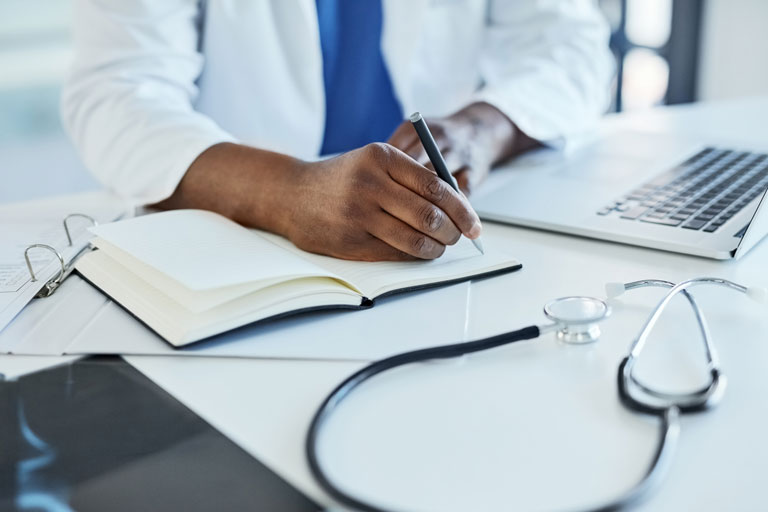 How Does MAT Work?

Medication-assisted treatment can be carried out in two different ways:

In the first method, the doctor can give the patient undergoing addiction treatment an opiate that acts on similar receptors in the brain but does so via a different process. This “process difference” usually means that the opiate prescribed takes a longer period to be absorbed into the blood and distributed to the brain cells. This staves the urge and symptoms of withdrawal by severing the link between drug intake and the sudden high feeling.3

In the second method, doctors can also opt to prescribe an opioid antagonist instead of an opiate. In this case, the opioid antagonist will attach itself to the same receptors on the brain cell that opioids attach to, thereby preventing any opiate intake from actually having any effect, as they will be unable to bind with the now-occupied brain cell receptors. As a result, the patient will not experience any high feelings. However, if a patient stops using the opioid antagonist and continues to take opioid-containing substances during a relapse, the consequences can be fatal.

What Does Medication-Assisted Treatment Work For?

MAT works and has proven to be successful for several cases of substance abuse and addictions. The following are some of the conditions that MAT can be used for.

Opioid use disorder is the inability of a person to control the intake of an opiate substance. This usually occurs as a result of dependency from continuous opioid abuse. The “culprit” opioid is usually obtained from illegal substances, although opioid-containing pain relief meds have also been known to cause dependence. When there is prolonged, repeated exposure to these substances, the body eventually develops dependence, and it becomes unable to function properly without them, thereby causing withdrawal symptoms.

MAT is effective for treating opioid use disorder thanks to its receptor-blocking effects. This means that MAT inhibits the effects opioids have on the body. Medication-assisted treatment for opioid addiction also helps to get rid of the withdrawal symptoms and cravings that might follow opioid withdrawal.

A Deeper Look at Medication-Assisted Treatment for Opioid Use

Alcohol use disorder is a chronic addiction characterized by uncontrollable alcohol drinking and abuse. A person with alcohol use disorder has, in essence, developed an emotional and physical dependence on alcohol despite any accompanying health or financial issues.

MAT helps in the treatment of alcohol use disorder by assisting in decreasing cravings for alcohol. The treatment may also cause unpleasant side effects that manifests when alcohol is consumed again. This decreases the urge or desire to drink.

Stimulant use disorders are the excessive consumption of a psychoactive drug. It can also be referred to as the non-medical use of a stimulant drug. This drug abuse usually results in emotional harm and physical and social injury.

MAT treatment for stimulant addiction involves prescribing certain medications that aid in reducing cravings and withdrawal symptoms, causing a drastic decrease in addictive behavior and improving the mood of patients.4 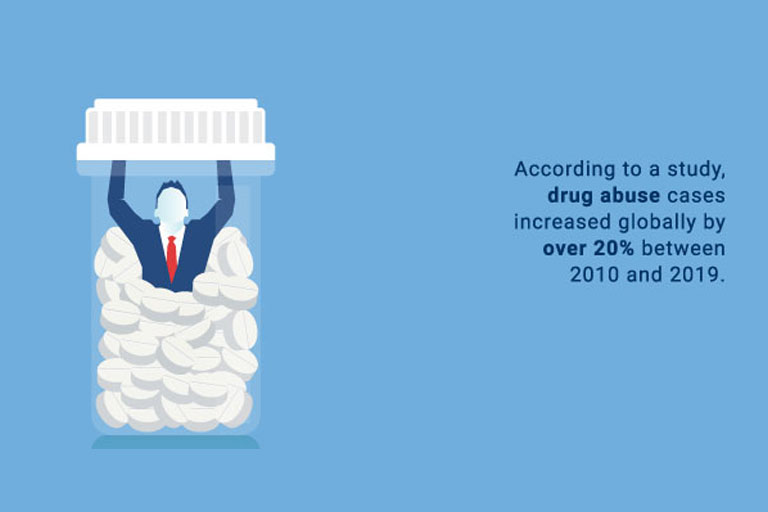 There have been several different drugs used in MAT over the years. Current MAT treatment options, like methadone and suboxone medication, along with other related medications, have proven to be quite effective in the treatment and management of substance use disorder. Medications that are currently employed for effective opioid addiction treatment include methadone, buprenorphine, and naltrexone. All these medications are approved by the FDA.

This medication is used to cause a reduction in cravings and symptoms of withdrawal. This is possible as the medication blocks or reduces the effect of the opioid. Methadone is usually prescribed for daily use and to be taken as either a powder, tablet, or liquid. Although it is an effective medication for opioid addiction treatment, methadone should only be used as prescribed by a doctor.

Buprenorphine also helps suppress cravings and prevent symptoms of withdrawal from opioids. It is actually the first medication known to treat opioid use disorder. The medication comes in various forms, including a tablet form that you hold under your tongue until it dissolves, and a transdermal patch form that is designed to allow effective administration or intake through the skin.

This medication is used in MAT to reduce the risk of withdrawal symptoms that are caused by opioid use disorder. Patients who take this medication must refrain from taking any other opioids or drinking alcohol, sedatives, and any illicit drugs. Before starting naltrexone, the patient should wait seven days after the last use of a short-acting opioid, and for long-acting opioids, ten to fourteen days. The FDA only approves the long-acting injectable formulation, despite the function of the oral formulation that blocks opioid receptors. 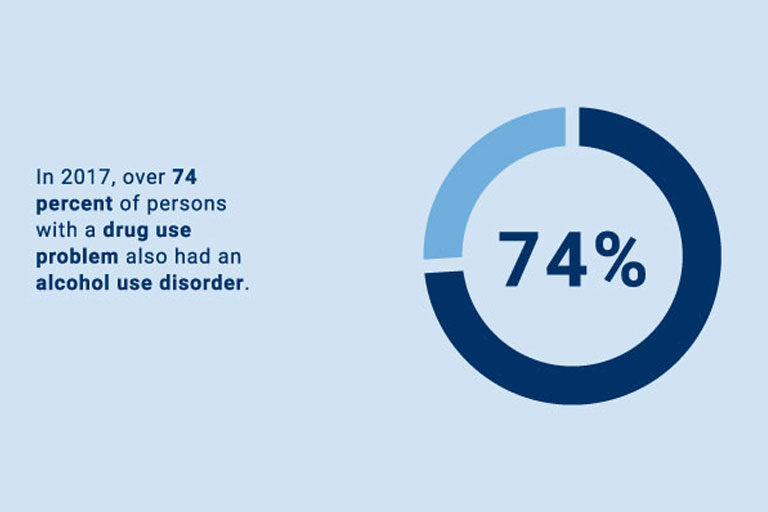 Medication-assisted treatment for alcohol use disorder involves three different medications: acamprosate, naltrexone, and disulfiram. Each of these medications is approved by the FDA and is briefly discussed below.

This medication is meant for individuals who are in recovery and have stopped the intake of alcohol completely. It works better for people who have stopped drinking alcohol entirely, but may still be prescribed for those that haven’t. Acamprosate doesn't take care of the symptoms of alcohol withdrawal. It has also been proven ineffective for treating individuals who engage in the active consumption of illicit drugs, alcohol intake, and misuse of prescribed drugs. Therefore, acamprosate therapy increases abstinence rates and reduces the rate of alcohol relapses.

Acamprosate can be given in tablet form and taken three times daily. For optimal effectiveness, the medication intake should be scheduled for the same time each day. Acamprosate reaches full effectiveness after five to eight days of taking it. Its side effects include appetite loss, anxiety, difficulty sleeping, and diarrhea.

Disulfiram is used in MAT to treat chronic alcoholism cases, and it is more effective with patients who have just begun their abstinence journey. It is offered in tablet form. This medication should not be taken while drunk; instead, it should be taken at least twelve hours after someone’s last alcohol intake. Side effects can include nausea, vomiting, difficulty breathing, and chest pains. These side effects can begin within ten minutes and can last for more than an hour after consuming any amount of alcohol.

This is an anti-craving agent that increases abstinence and causes relapse reduction. It blocks the euphoric effects and the feeling of intoxication. This effect makes it easier for people with alcohol use disorder to reduce the consumption of alcohol and continue their path to recovery, keep taking their medication, and avoid relapse while on the treatment. This medication for treatment lasts about three to four months.5

Medication-Assisted Treatment Medications for Other SUDs

Using MAT for substance abuse in place of other treatment methods is possible. In fact, MAT has been used successfully to help individuals with substance use disorder attain full recovery. The medications that can be prescribed in MAT treatment include some of the following. 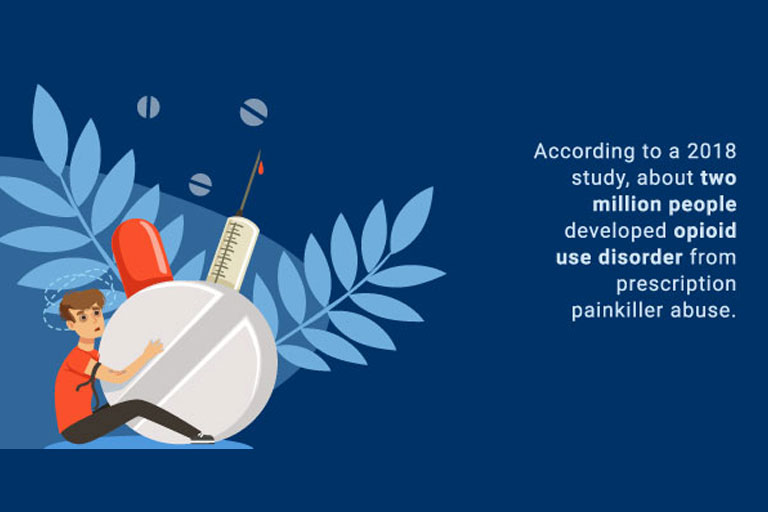 Pros and Cons of Medication-Assisted Treatment

However, although MAT has several beneficial effects, the fact remains that no treatment therapy is totally disadvantageous or risk-free no matter how many positive effects it has. The pros and cons of medication assisted treatment for addiction are discussed below.

The benefits of medically assisted treatment for addiction include the following:

As earlier mentioned, there is no therapy option that is 100% safe. This is especially true when dealing with substance abuse disorders, as these disorders usually have severe drug withdrawal effects. Possible risks associated with medication-assisted treatment include the following: 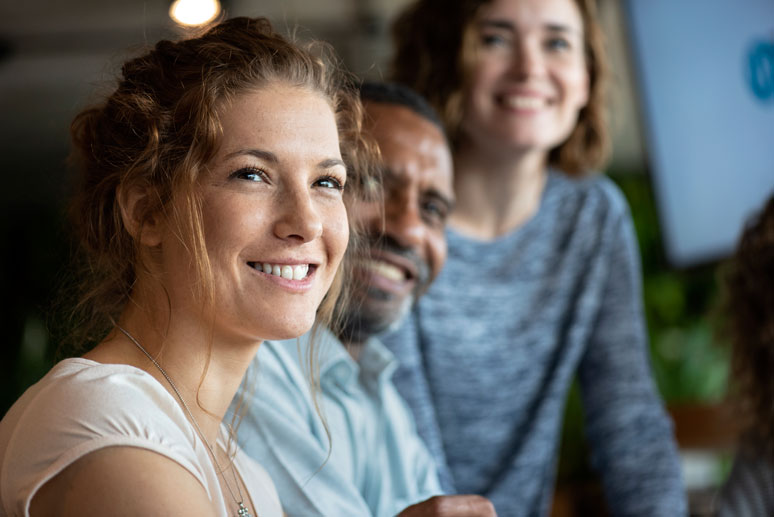 San Diego Detox Center is a medication-assisted treatment center that specializes in the treatment of individuals with substance use disorder by using the "whole-patient" approach. We do this by providing MAT in combination with psychological therapy such as counseling and behavioral therapy, as a combination of treatments have proven to be effective. Patients at San Diego Detox have access to excellent healthcare that includes medication-assisted programs with personalized therapy sessions designed to cater to their specific addiction problems and help them make a full recovery.

The types of medication-assisted treatment programs we offer include:

Each of these MAT programs is handled from start to finish by San Diego Detox’s teams of licensed, highly-experienced treatment specialists, so you and your loved ones can be sure that your treatment will be handled with the utmost experience and care.

Addiction withdrawal treatment can be challenging, but we are here to help you attain your recovery goals every step of the way. Reach out and let’s get you on the path to a healthy, addiction-free life that you certainly deserve!